About a mile away from our Children's Home in Kisumu, is the local Primary School where many of our children attend. During our last visit to Kenya in April 2018, we visited the school and were shown around by Alice, the Headmistress. At the time there were no classes in session, except for a teacher training day in one of the largest classrooms. Alice showed us the new teacher's office block which had been built by the local Kisumu Government, the first development they had offered the school since 1965! She also walked us around the classrooms, the grounds and showed us the abandoned feeding project which they were still hoping to resurrect. Maize was growing on the land but the water butt had failed and there was little infrastructure to bring the whole project to fruition. We're pleased to say that we now have the funds to drill a borehole close to the site of the feeding project which will be under construction very soon. We are really excited about this development, it will have a huge impact and will finally complete the feeding project and allow it to fulfill its purpose bringing school meals to so many children who currently go hungry during the school day.

Alice also spoke to us about the poor sanitary situation that they have been working with for so long. 844 children are using a total of 12 toilets and 1 urinal between them. The toilets are just holes in the ground with no running water to flush them. It is the wish of all of us at KCT to help the school with this situation by putting in enough toilets appropriate for the number of children and in the style called "Asian Toilets" - I won't go in to too much detail but it will still be a hole in the ground but with a much improved hygiene level with a basic water driven flushing system (once there is water onsite). We also plan to put in handbasins and teach the children to wash after each visit. We are currently on a mission to try and raise the funds necessary to help with this build. The sum needed is not insignificant but what a huge difference it will make!

Current state of the Feeding Project

The school campus and classroom blocks 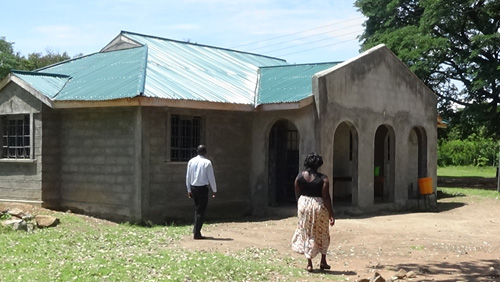 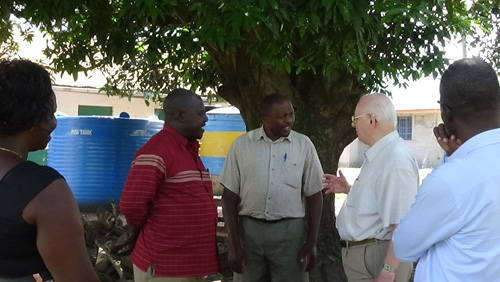 Peter talking to two of the teachers who were attending the teacher training day. Both are headmasters of schools with many classroom buildings so they have many teachers allocated to them by the local government. Alice is unable to have so many teachers as she has very few classrooms. One teacher supplied for each classroom available, that's the government rule. As a result Alice has to put around 100 children in each classroom taught by one teacher. If she build more classrooms she will be given more teachers. 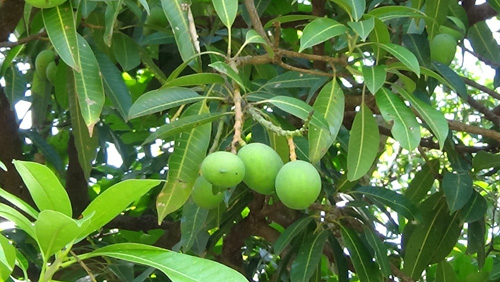