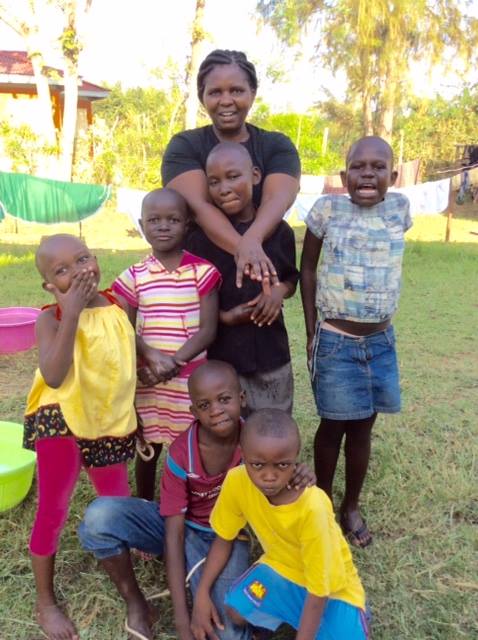 It was our founder, Peter, who sent this article to me for reading earlier this month and I found myself repeatedly drawn into those words from the article above, “No child, no matter how well loved and looked after, survives the loss of a parent without damage”, contemplating them over and over for our children in Kisumu. In the article, Anne lost her sister in 1975 and adopted her sister’s young son, Jesse, only 5 years old at that time. In a tragic twist of fate, Jesse himself was killed at the age of 31 and Anne became a grandmother to his daughter. Having not been able to have children of her own, Anne became a mother and a grandmother through the sadness of two terrible deaths and in stepping up, she ensured two children continued to have a loving parent and grandparent figure to turn to. How cruel but also uplifting this story is and how alike are their experiences to the many families inheriting children of deceased relatives right across Africa.

It is an all too common occurrence in Africa for children to lose parents and families to lose their young mothers and fathers – who are children and siblings themselves. The logistics of who will look after the children, feed them and care for them often becomes the overriding concern and one can lose sight of the grief that they are all suffering. In the midst of the practicalities, that child is shaken to the core! If we are not on our guard, the regularity of these events can desensitise us to the enormity of the loss just as we can often become desensitised to the ongoing pictures of poverty, poor sanitation, war and death across the world because it is ‘normal’ for those countries. But whatever country you come from, however common loss of life is, the pain is just the same.

I have always looked on with great admiration of our staff at the children’s home in Kisumu and of our sponsors who step in to support an orphaned child. Our staff don’t just see physical and practical needs or a series of routines to perform to keep the home ticking over. Though these children are not their own, they see that their role, just as Anne did, is to be a parent. Pastoral care, listening, understanding and counsel offered to the children is 1-2-1 as and when they need it. That care doesn’t fit into any kind of mould because children do not fit into a mould. Our sponsors often underestimate the part that they play too in bringing a child through their suffering. A couple of years ago, I remember one of our sponsors making an arranged video call to her now grown up CBCH child who had just had a baby. They had corresponded for years by letter and had built a close relationship. Having lost her mother as a child, the new mum in Africa didn’t have a close maternal figure of her own to turn to for advice in caring for her new baby so her sponsor became that figure to talk to and confide in when those early days were tough. A beautiful relationship, just like Anne’s story above, created out of a child’s loss of a parent and a loving person willing to step in and be her mother figure. In so many ways, our sponsor also inherited a ‘daughter’ and a ‘grandchild’.