Moses arrived at the Children's Home when he was 9 years old... 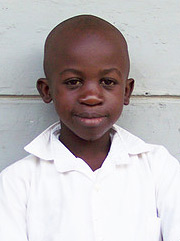 His father died when he was young and although there was enough to eat at home he wasn't in school as it was just too expensive for his mother to send him whilst she also had 6 other children to provide for. A couple in the UK stepped forward to sponsor Moses and he has built a lovely relationship with them. He moved into Cherry Brierley Children’s Home to live where he has been able to receive a healthy diet, loving care, basic medicines and an opportunity to go to school which he has embraced and is doing very well. He is currently at Tieng're Primary School, where all of our other primary aged children go and he loves social studies as his favourite subject. He is a super boy with a real heart for understanding the needs of the community and he wants to be a house builder when he grows up. He even knows where he wants to live and why! He has chosen County Kericho to the south east of Kisumu because it is a very green county so that he can be a farmer as well as a house builder.
Thanks to his sponsors, the future he hopes for is no longer a distant dream but a highly reachable goal. They are already so proud of him and he is eager to succeed to pay them back for their kindness. 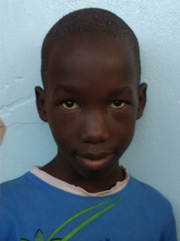 Matthew is the son of Rose, a housemother at another Children's Home which has now had to close due to lack of funds. He is also half brother to Jeff who transfered to CBCH at the same time. The boys are half brothers, but are very close. Sadly, Rose was abandoned by both her husbands and as far as we know the boys have no contact with them (we’re not sure if either is still living).

A sponsor stepped forward to support Matthew and they stay in touch by exchanging letters. Thanks to their kind support, Matthew is able to go to school which he loves! He even enjoys homework and his results are showing the fruits of his labour. He is a very responsible boy and is good at looking after the chickens at CBCH – he fastens them in at night and lets them out in the morning. He enjoys wrestling with his brother Jeff and wants to be a sports car driver when he is older (but definitely not a policeman, he says!). He enjoys board games and swimming and whenever the children get the special treat of watching Peter's television (Peter is a staff member at CBCH), he likes to watch cartoons and wildlife programmes. Matthew also loves playing football at school, telling stories to his friends and playing in water when the weather is very hot.

James arrived at the Children's Home when he was 4 years old. This is his story... 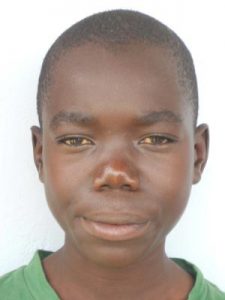 Sleeping on a plastic sheet in a tin hut by night, James, the single child of a single parent, spent the days of his first 4 years with his mother, begging along the streets of Kisumu, in Kenya. She struggled with a learning disability and, sadly, any money they were given was spent on alcohol. James went hungry and became more and more malnourished.

James was spotted one day by a local MP who brought him to Cherry Brierley Children's Home and offered him the opportunity of a better life and became his sponsor. James is now called Nelson by his family at the Children's Home. He says "this is my new nickname – which is not too surprising as my surname is Mandela! Here I am in the red t-shirt with my family." 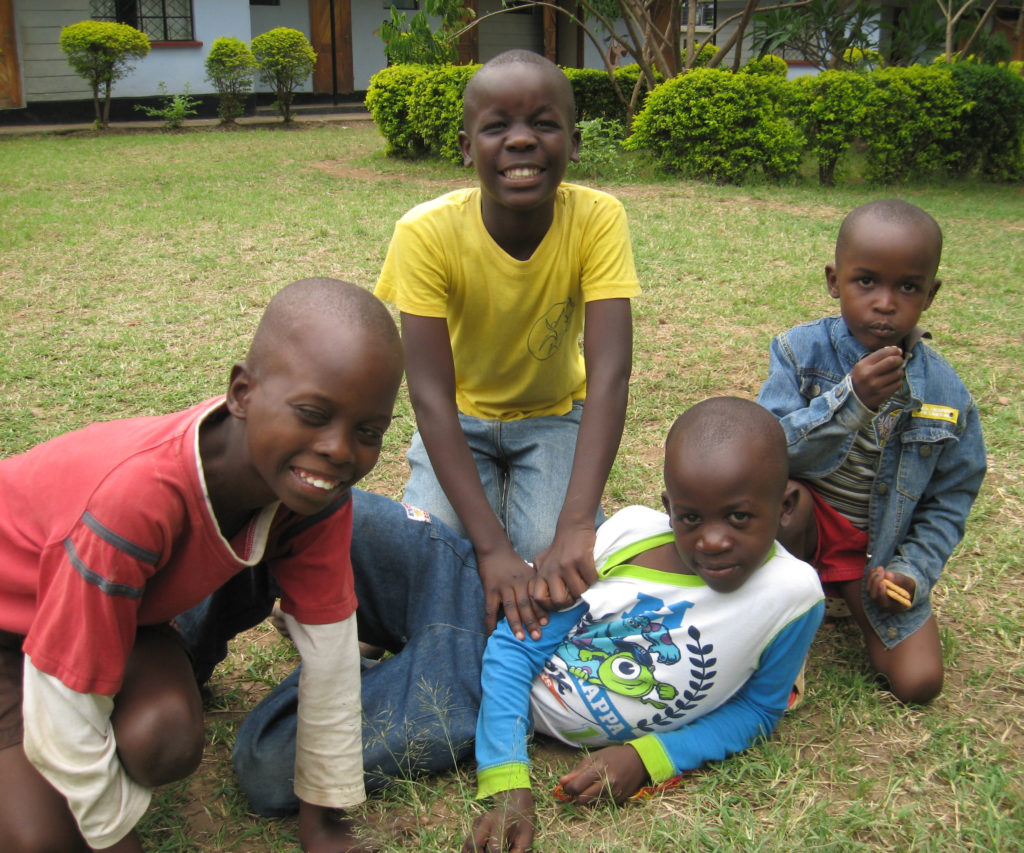 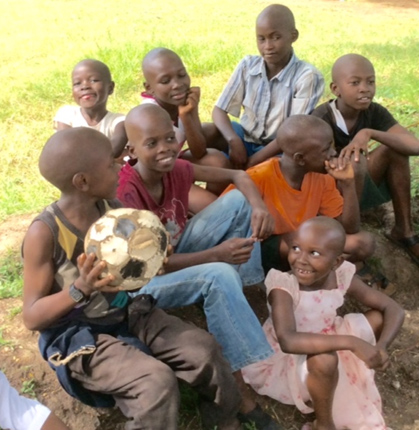 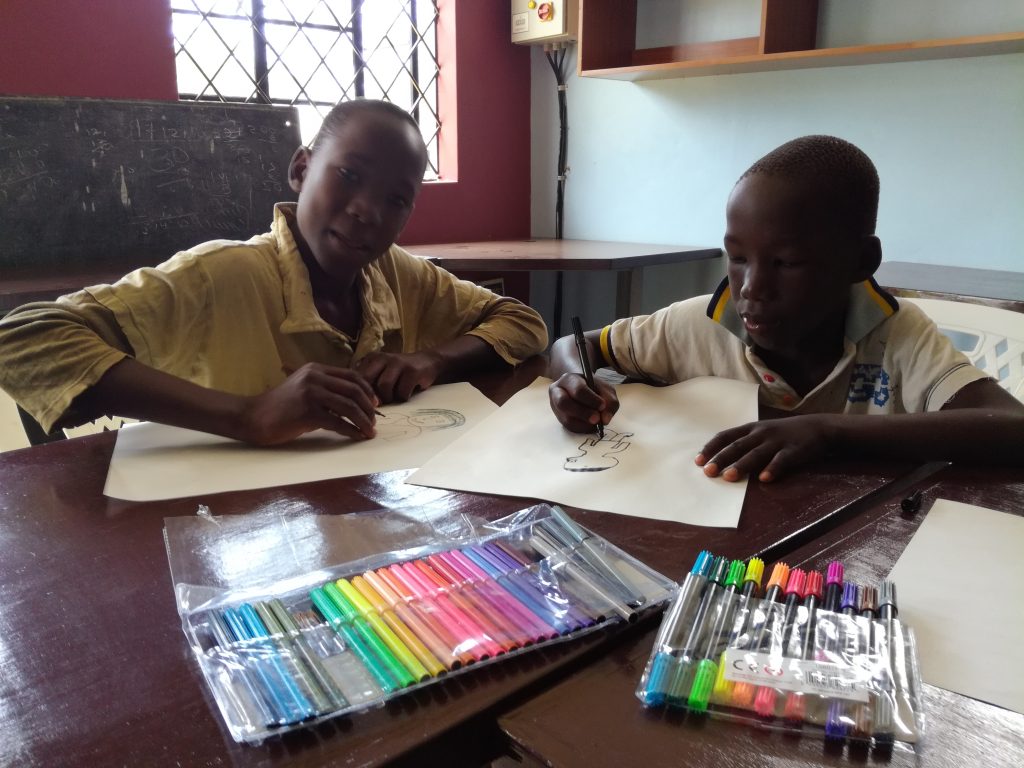 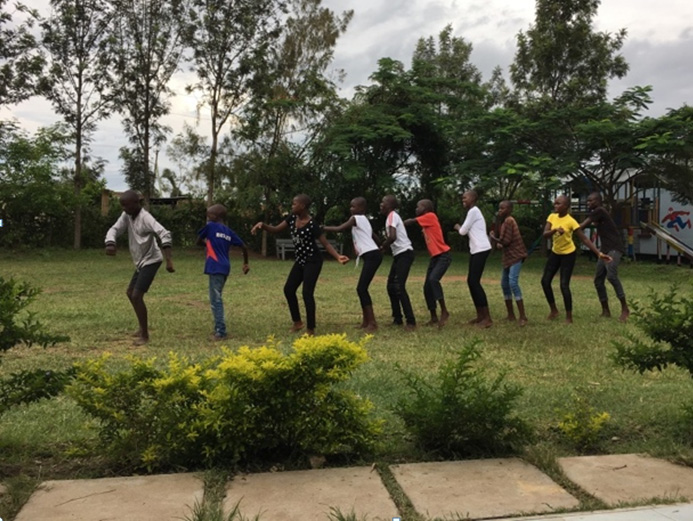 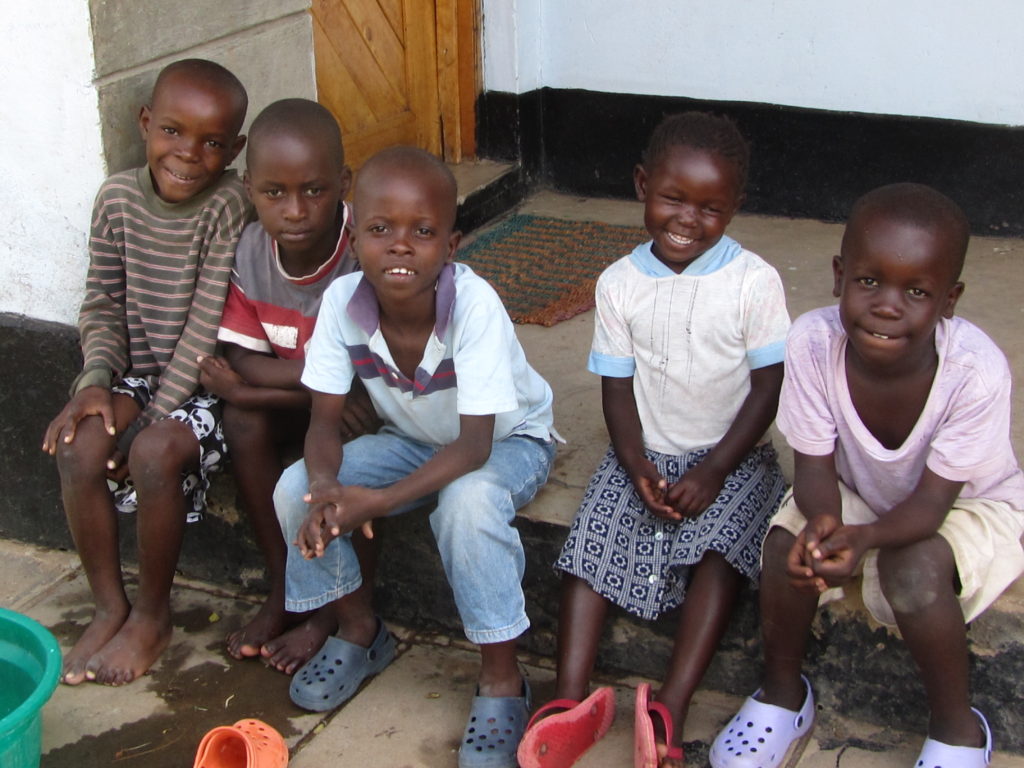 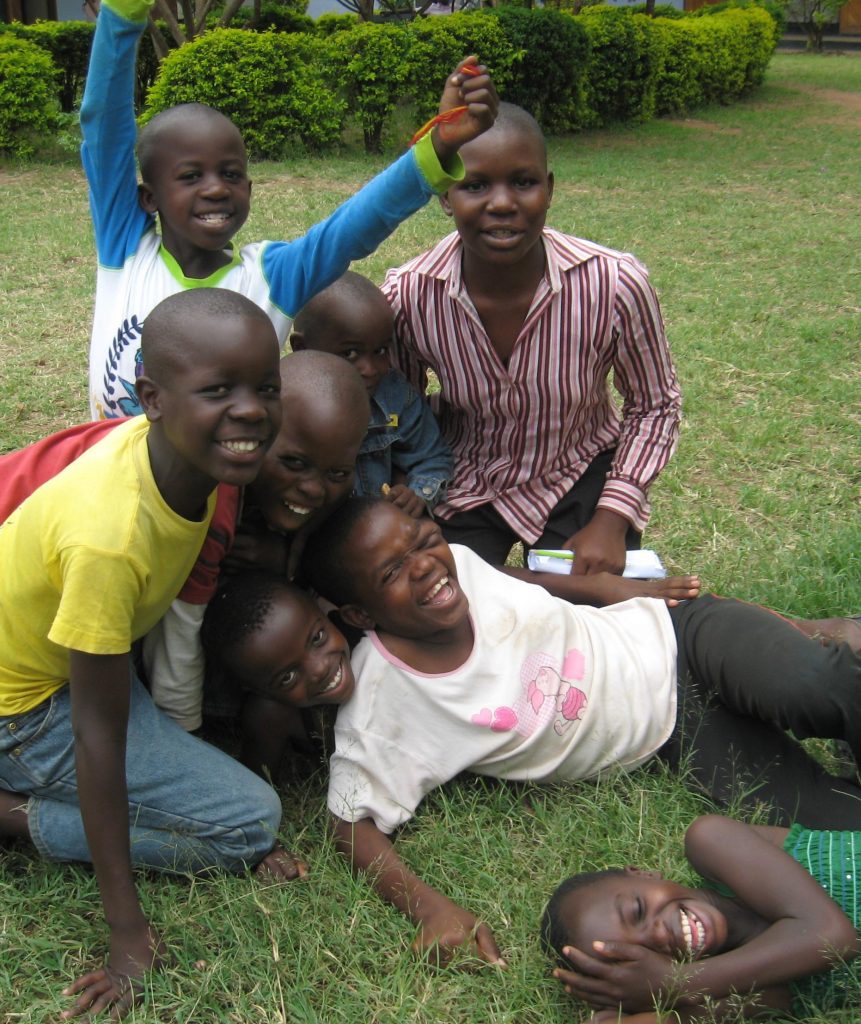 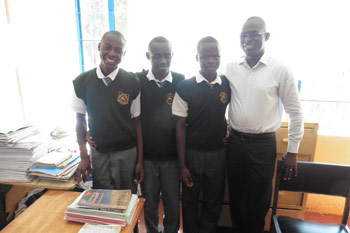 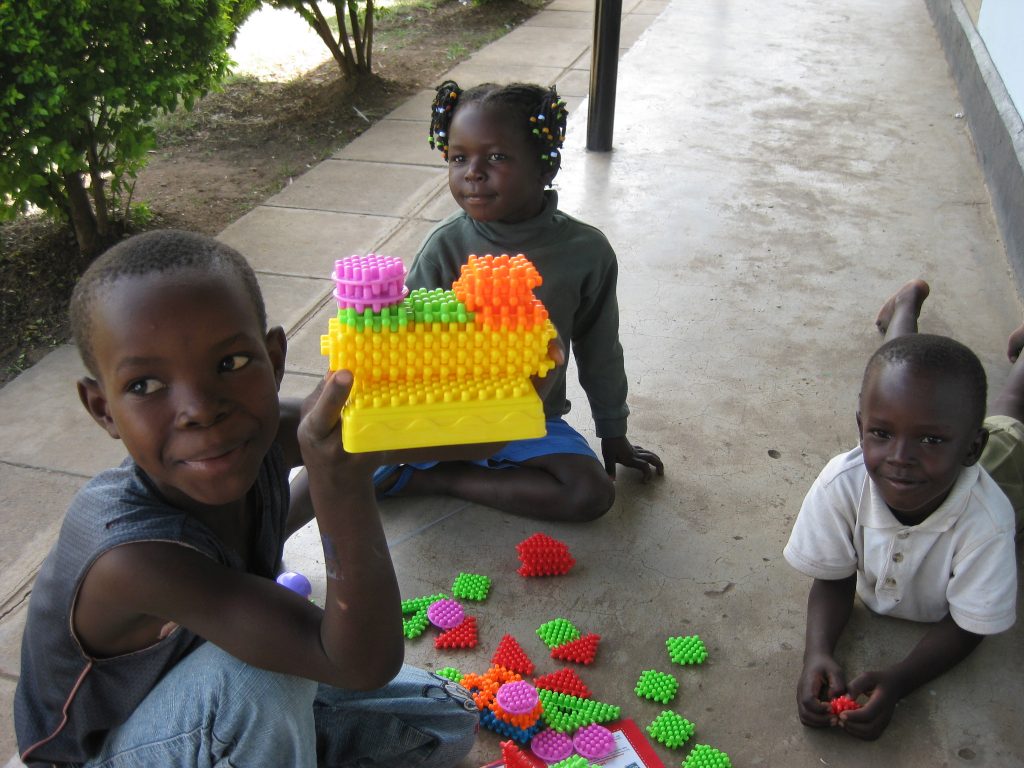 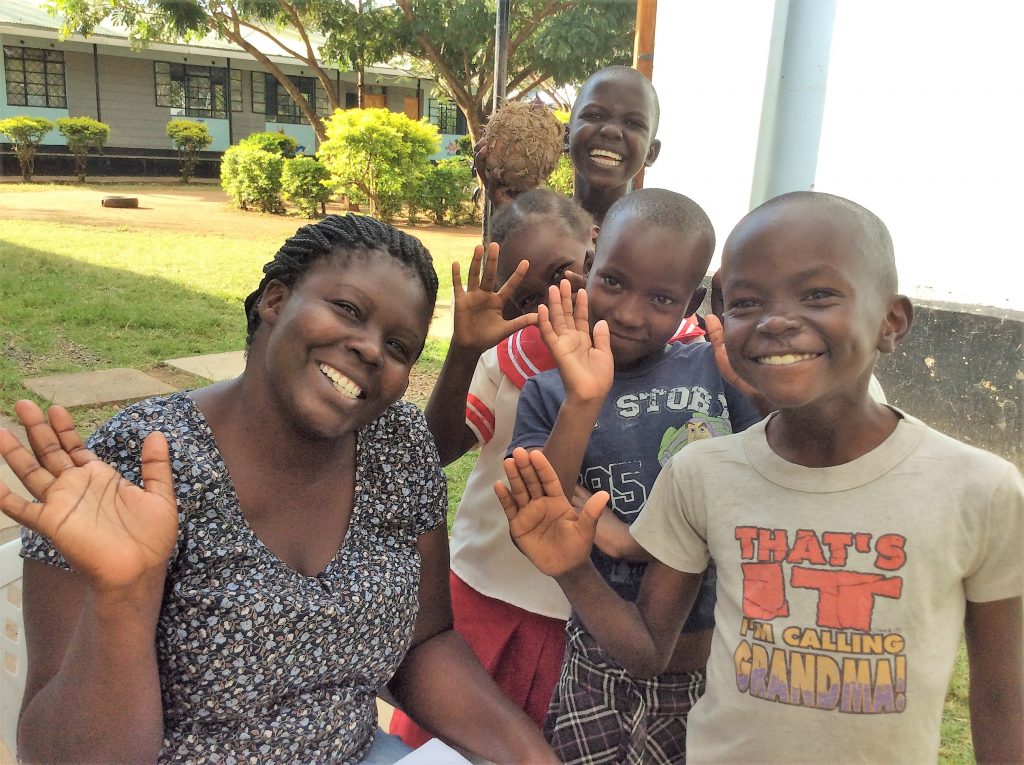 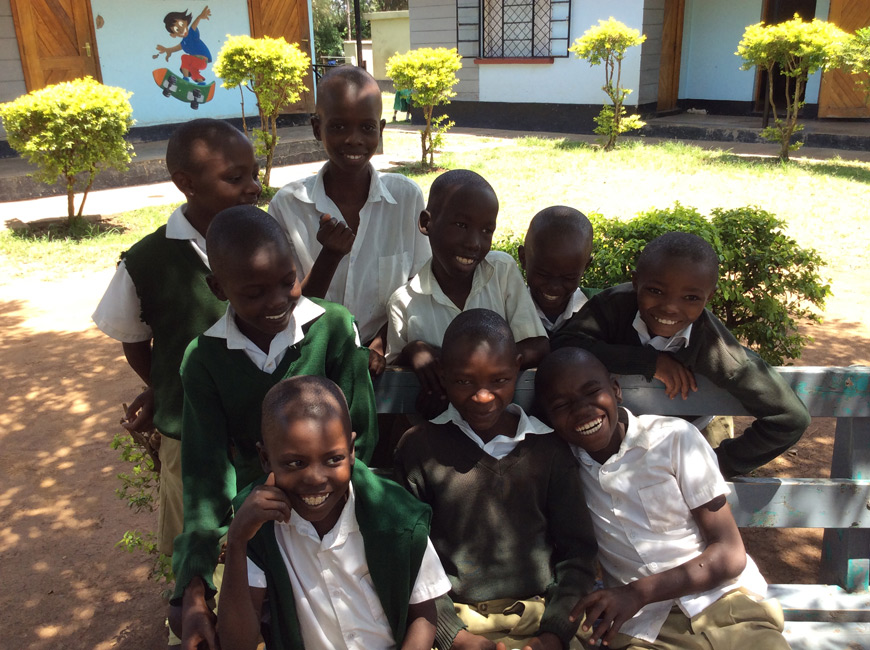 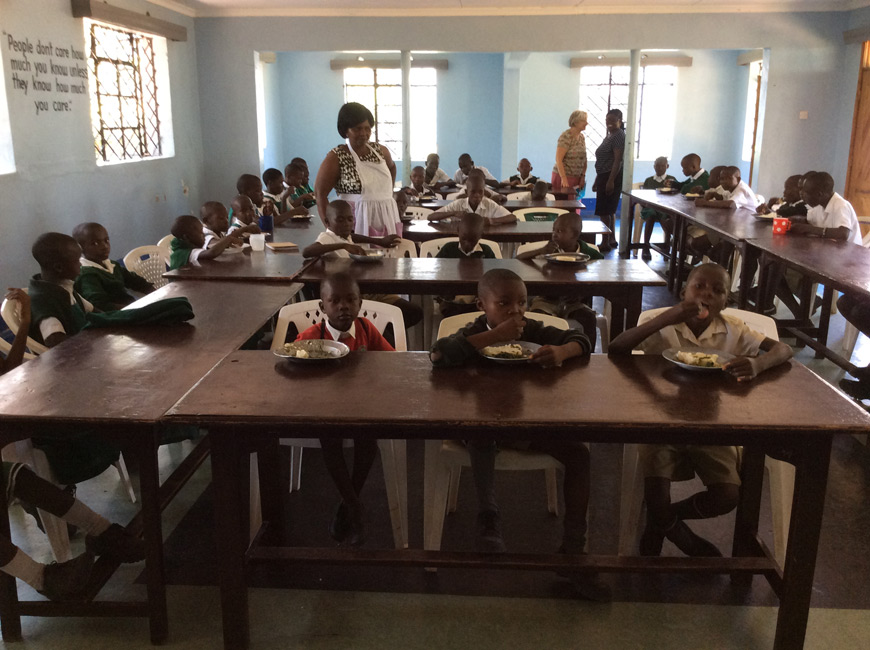 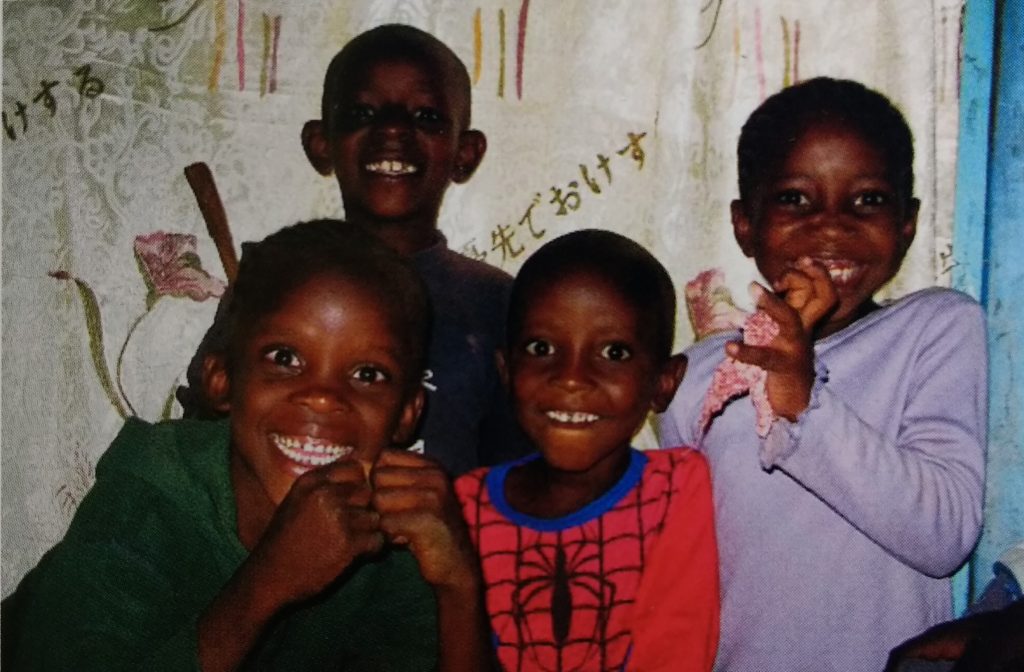 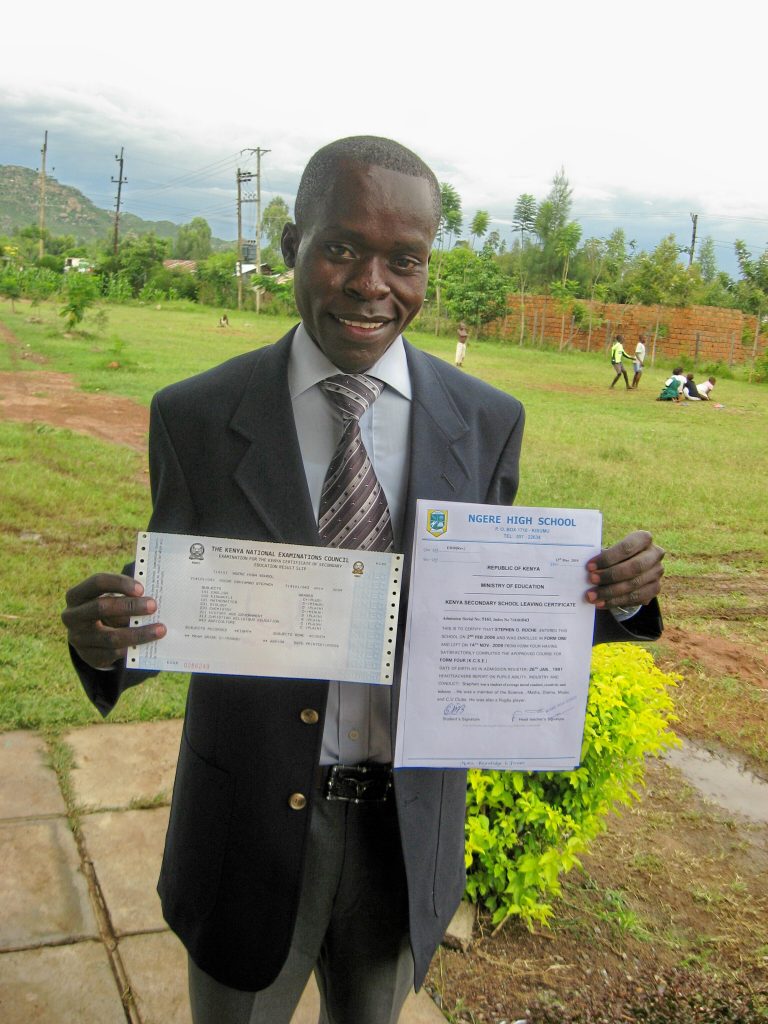 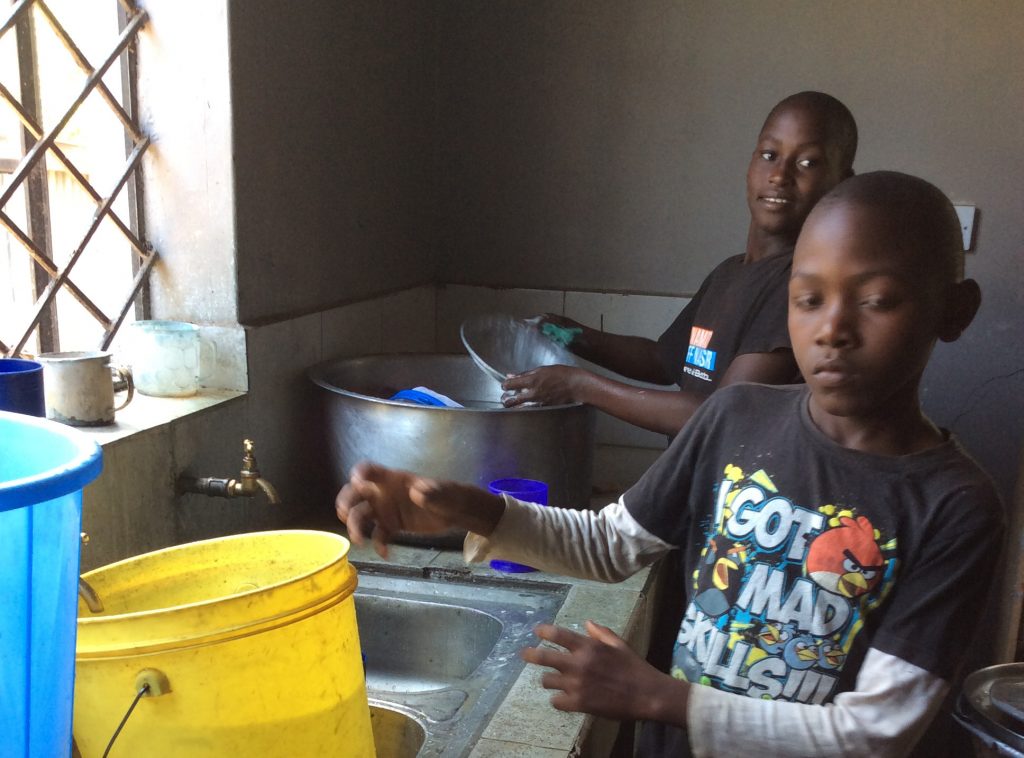